Often we find ourselves wishing that something about a photograph were different. Maybe a stray a tree branch looks an awful lot like it's coming out of your ear, or your granddad is making an ugly face in an otherwise perfect family portrait. Maybe you wish you could remove a person from a photograph, whether for aesthetic purposes or because of some falling out. Or maybe you wish you could add in a loved one whom you wish had been present for the photographed experience.

Barring a time machine, The Photo Doctor is your best option for making a photo look exactly how you want it to look. Below are some examples on which we performed digital surgery to customers' specifications. 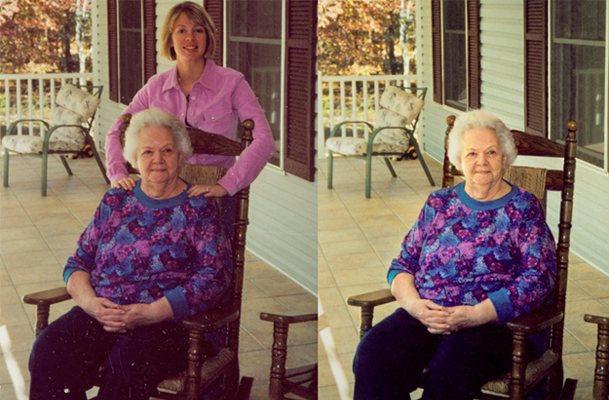 Our job in this example was to remove the young woman. By duplicating and editing existing parts of the given photo, we were able to fill out the background and make the elderly woman truly appear to be by herself on the porch. For a finishing touch, we lightened the image and eradicated small blemishes. 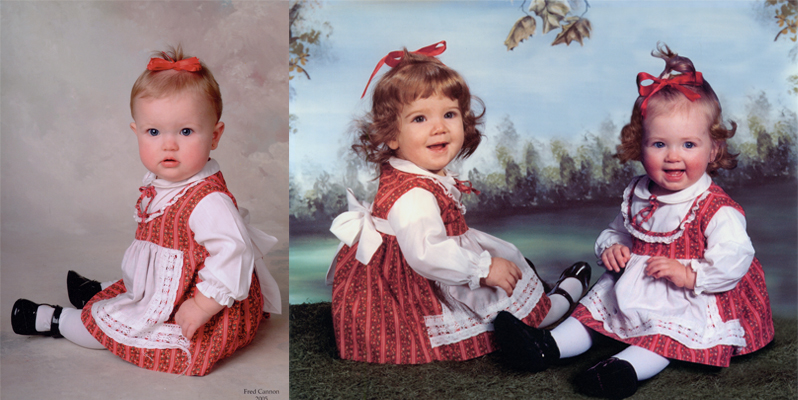 We restored both of the top photos separately before the customer to whom they belonged came in at a later date to request that we combine the two images to make the girls seem as if they were all sitting there in that studio. 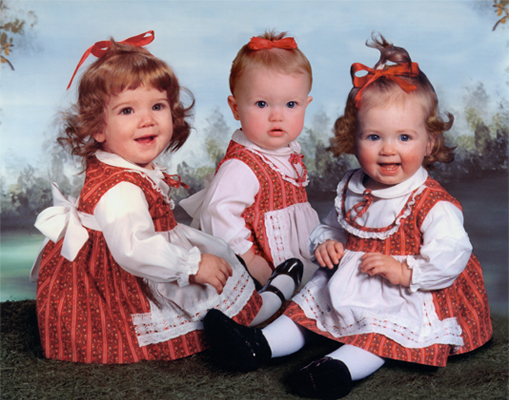 To accomplish this, we carefully cut the lone girl out of her image and placed her into the scene.We then cut around the contours of the girls in the foreground so that they appeared to be seated in front of the younger girl.Finally, we added subtle shadows for added depth and realism.

The three women in the lefthand photo had recently lost their sister and possessed no photos of all four sisters together. They asked that we combine one of the few existing photos of their late sister with a photo of the three of them. 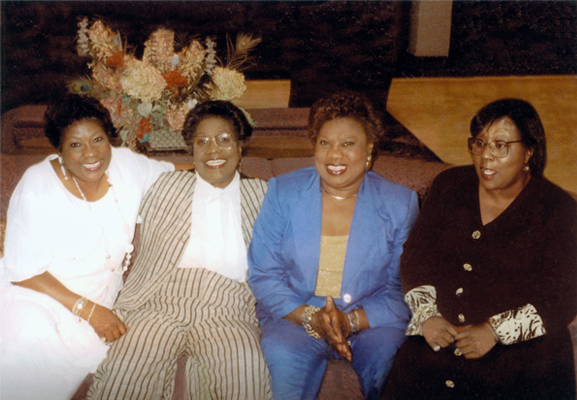 The photo photo of their sister was badly discolored, but we were able to adjust its tones and hues to match those of the photo of the three women. We isolated the late sister's outline and added her into the photo, rendering an image that looks as if all four women are seated together on the couch. 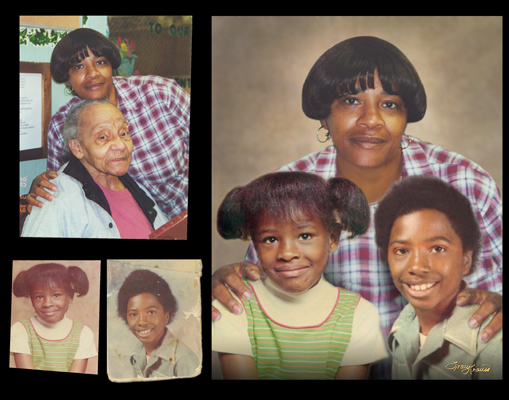 The woman in this photo came to us after most of her photographs had been destroyed in a fire. Having no remaining photos of her with her children when they were younger, she provided us with three surviving photos, one of her and one of each child, and we incorporated the three of them into a single portrait. This process included rebuilding some sections from scratch, such as drawing in the mother's neck. 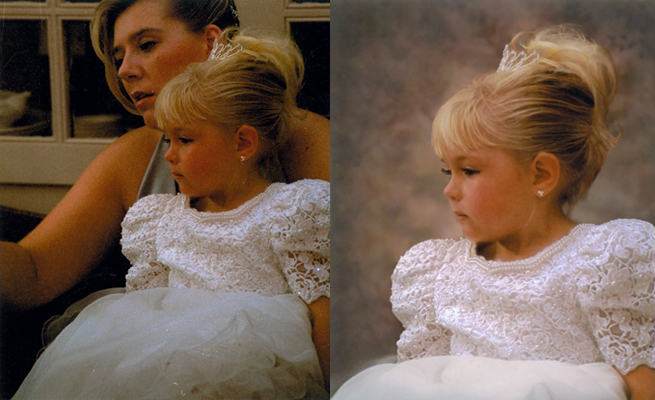 Simply isolating the little girl and setting her against a portrait backdrop instantly transformed this cute but otherwise unremarkable photograph into a gorgeous portrait. We also lightened and delicately softened the image. 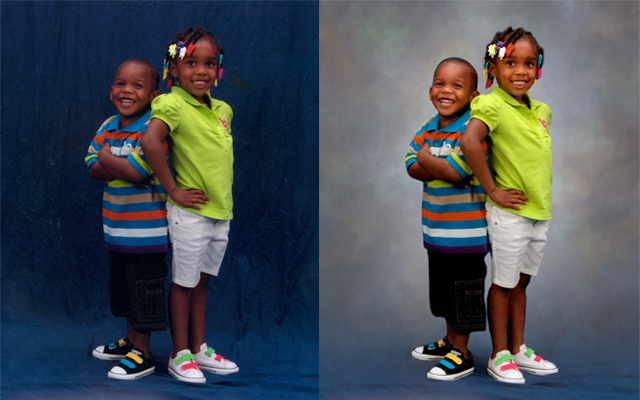 Not only can we expertly manipulate single photos, but we can also employ our graphic design experience to edit and arrange a number of images to create a stunning, unique piece. 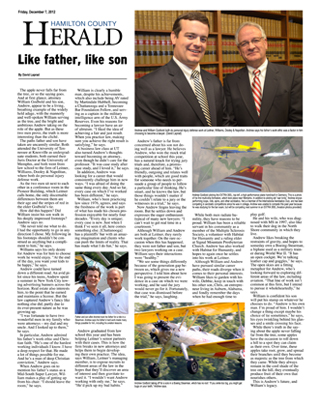 A customer came to us with a newspaper article that was spread out over two pages and asked that we consolidate it into a single image. She had the original photographs that were used in the article, which we arranged, along with the text that we rewrote verbatim and in typefaces nearly identical to those in the original clipping, into a clean, professional looking piece that looks much more impressive than it had in its original format.

Each year the head of the Chattanooga Woodworking Academy gives a special gift to his graduating class. For the class of 2016, he had us replace the heads from the old photograph on the left with those of his class. This required careful grafting from provided photos. 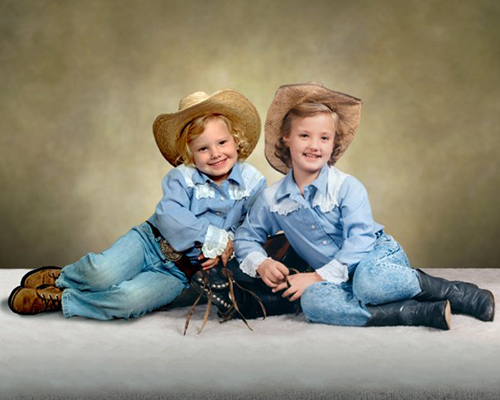 We combined two separate images of this mother and daughter, in the same shirt at around the same age, to appear as if they were posing for a portrait together.